An Interview With... Ryan D. Neely

All you need to know about Louisville beatmaker Ryan D. Neely! 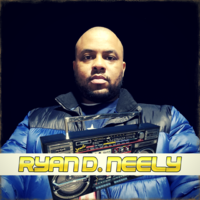 Recently, we spoke to Louisville, Kentucky, based beatmaker Ryan D. Neely about his dance hip-hop fusion, ensuring his music has some "knock" in it, and developing his sound.

Learning the basics of music from piano lessons as a child, Ryan D. Neely moved onto trumpet in his middle school band before falling in love with 1990s rap saw him create his first mixtape at 16.

Constantly evolving, Neely's early releases throughout the noughties led to live performances in the US, Kuwait, and Iraq.

Rediscovering his talents during the pandemic, Neely combined his hip-hop influences with studio engineering skills to create fresh dance tunes with pop undertones; 2020 release 'Just Lay Down' is close to racking up over 20,000 streams on Spotify!

Find out more about Ryan D. Neely below!

My name is Ryan D. Neely and I live in Louisville, Kentucky. After graduating from Central Hardin high School of Elizabethtown, Kentucky in 2000, I received a scholarship to the University of Louisville University. That is what brought me here and eventually I decided to call it home.

The music is I make is dominantly dance with some pop and hip-hop sprinkled in. I was born in Fort Myers, Florida, so dance music is a part of my heritage or cultural background. The music surely has to sound good in car speakers and headphones, or as we say down south, it has to have some "knock" in it.

I got involved in music at five years old when my mother enrolled me in piano lessons. After learning notes and scales, I later began writing my own melodies on paper. This happened simply because computer studio software and smartphone music apps were not available in the early 1990s. By the time cheaper studio software such as Magix became available, I was well prepared.

I keep a lot of Christian music on repeat honestly. I like to listen to soothing worship music before I crank things up. But, as for other mainstream artists, I like Kygo and just about anything composed by the late Michael Jackson.

What separates me from other artists is how I do not let my music define me. There are no pictures of a car, home, or jewellery on any of my social media profiles. Instead, I try to remain humble and down to earth; treating followers like friends and not customers.

My future plans are to improve in my hobby of making beats. I like watching videos on music production tips, mixing, special effects and more. I also hope to build healthy strategic relationships with other music enthusiasts along the way.

Ryan D Neely's biggest strength is his innovation and fluidity. No two tunes are the same and his dedication to being creative within his music is intoxicating!

You can listen to Ryan D. Neely's tunes here, check out his website, and keep up to date with news via his Instagram!

Want to write for us or be featured on our site? Get in touch!