Recently, we spoke to Boston based Sunshine Riot who, for over the past decade, have been fine-tuning their act to deliver whatever the hell they want.

Their latest release 'Too Old for Love Songs' made it into our top tunes of February 2021, and whilst they are keen to shake any genre label thrust upon them, there's definitely a strong punk vibe in this self-described 'anti-love' song.

However, with a discography dating back to 2012, there's so much more to the quartet. 'Just A Ride', from their 2018 album 'Lonely Hotel', delivers catchy southern rock and roll whereas 'Fast Train' offers melancholic alternative rock, brimming with '90s nostalgia.

There is an infectious air of a band setting out to please themselves and no one else with Sunshine Riot; something that often goes amiss in today's musical culture.

Discover more about Sunshine Riot below!

Listen to 'Too Old for Love Songs' now!

Steven Shepherd (drums and percussion): We are Sunshine Riot, based in Boston, Massachusetts.

Jonny Orton (vocalist and guitar): Boston is, and always has been, our musical hometown. But half of the band lives in Providence, Rhode Island - so Providence is kind of our second home.

Orton: A bit like Johnny Cash meets Chris Cornell. We write rock and roll songs. For better, or for worse, we've always hung around in a lot of different pools musically -- some records have skewed towards folk, some towards punk, some towards blues. I think what we've always tried to make is honest music. And, I hope, we tell good stories.

Shepherd: The music is always very important to us, as it tends to be a form of therapy while writing. Some lyrics are very meaningful and real, while others can be a complete joke or a fictional story about a handful of imaginary characters. In the end, it's just rock n roll.

Jeff Sullivan (bass): I honestly can't remember the first time I loved a piece of music, but I do know it was They Might Be Giants' 'Birdhouse in Your Soul'. My first concert was at Axis around Fenway in Boston and I was five or six years old. I remember a mosh pit breaking out for TMBG, which doesn't make sense if you've listened to them, and I remember just wanting to someday be able to feel that way or make people feel that way about music.

Shepherd: The earliest memory I have of music truly grabbing me was Pearl Jam's MTV Unplugged performance. On the night of May 13, 1992, a three-year-old version of me sat just inches from the TV, captivated by the band as the ideal line-up blasted through 'Porch' while Vedder wrote on his arm with the biggest marker I'd ever seen. Two years later, Nirvana does it and it's fine, but two years after that, when Alice In Chains did one, I nearly shit my pants while I witnessed vocal harmonies like never before. I began playing every instrument I could get my hands on about 20 years ago, learning all my favorite songs on guitar.

Orton: When I was six years old, I was sitting in the back of my dad's Ford Taurus. We were pulling out of a gas station and my brother put on Nirvana's 'Unplugged in New York'. It was sort of a religious experience for me - I was instantly captivated by the music, the stories, and Cobain's voice. I didn't really know what rock and roll was... but I knew instantly this was something that mattered to me and I wanted more.

Sullivan: I'm really getting back into Prince. My mom had him on repeat since I was in the womb, so I thought I had already listened to everything he did worth listening to. I was wrong. Also, Car Seat Headrest. I fucking love those guys. 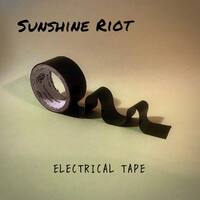 Sullivan: Generally, the police. We're a very clingy band when it comes to other artists we meet on the road.

Shepherd: We don't take ourselves or anything too seriously and I think that comes from the fact that we play music because we have to. We had a tour get cancelled in March 2020 and instead of pouting about it, we got our shit together and rehearsed harder than ever and took off to record our new EP in Chicago in July. If we didn't do that, we would have fallen into a lazy hiatus or even an I-hate-us like many other bands have.

Orton: That is kind of a hard question to answer. Particularly because I think what we find on the road is actually how much we have in common with other artists we might play with in any given town. That said, I suppose - or at least I hope - we don't quite sound like anyone or anything else... which is not an easy distinction to achieve these days. Part of what makes us unique, though, is our story. We've been doing this for over a decade - touring, putting out albums, etc.

At some point, when the dream of commercial success faded, we sort of gave up on pursuing notoriety and just focused on writing the best songs we can, without expectations. That has really liberated us to write our best material.

Sullivan: We've got a lot of songs written right now. We've got to go to play them into the ground, go to the studio, record them, listen to them and then figure out which ones we want to release. Also, if shows ever come back we want to get out on the road again and see some faces in the crowd.

Shepherd: In the future, we would love to get back on the road. It's not an easy place to be, but we seem to be addicted to it, kind of like how a janitor keeps showing up every day knowing he's just gonna clean some more toilets. We have been toying with the idea of a UK tour, if you'll have us.

Orton: Since we can't tour right now, we're continuing to write and record pretty feverishly. But the big plan, when this Covid hell is over, is to get back out on the road. As Guy Clark used to say, a song isn't finished until you play it for someone.

Bursting with an energy and adoration for music, Sunshine Riot are a rare breed. Their talent to seamlessly skip from genre to genre with ease is something to be applauded and their ability to create music not only close to their own hearts, but also forging a connection with each listener is unique.

The bands latest EP 'Electrical Tape' is set for release in April this year.