Recently we spoke to Tim Kile, whose latest track 'My Medicine' delivers dazzling indie-pop with a deeply honest and personal message at the roots.

The tune, released on February 17, is the fifth release from Kile's debut album 'These Are Things Being Gathered for the Fire', set for release this spring.

Under the surface of its jangly, upbeat melody, 'My Medicine' takes on the exploration of depression and seeking medication as an aid. This topic is something extremely close to Tim Kile, who describes himself as suffering from "massive, debilitating depression". 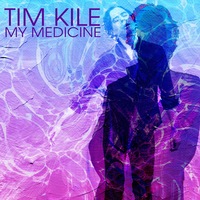 Listen to 'My Medicine' by Tim Kile here!

Speaking openly, Kile notes that this is something that runs in his family; "I remember how she [his mother] described when she finally went on meds ... She called it an awakening". The song mirrors this 'awakening', yet on a wider scale.

Kile explains that 'My Medicine' may be interpreted in a more universal sense, "It's about what heals you, what fixes the damage".

As Tim Kile gears up towards his debut solo release this spring, the former Arcade Fire and Wild Light founder, has already treated fans to a heavy dose of his signature alt-pop. January 2021 release 'Witness' offers a melancholic approach and December 2020's 'Nightbird' delivers a stunningly beautiful and atmospheric slow burner.

Discover more about Tim Kile below!

Tim Kile, recording artist based in Austin, TX. Used to be in Arcade Fire and Wild Light.

My best friend in middle school had a guitar. He could barely play. I couldn't play an instrument. But I'd go over to his house on the weekend and we'd take a tape deck and make an "album" in a few hours. We did it every weekend. We were probably 13. We'd come up with new band name each album, usually pubescent humor-driven: Grandma's Diaper, Radikill, Decay, Jappleton Skinner, dumb stuff.

I started playing bass since he already played guitar, and we kinda went from there. I taught myself guitar, took voice and piano lessons, and eventually started a real band. After high school I moved to Montreal and was a co-founder of Arcade Fire, and later Wild Light.

I'm influenced by a lot of punk and post punk; bands like The Clash, The Cure, Depeche Mode, Big Star, and a lot of '90s rock bands like Radiohead, Flaming Lips, etc. I've got a classic rock streak, plenty of Zep growing up. Then I kinda believe in the canonical works, the things you just have to know, like Bob Dylan and The Beatles and stuff.

I'm classically trained in piano and voice; I think that gives me a bit of musical sophistication that is above average.

What are you plans for the future?

I plan to continue releasing music. Be a rock star. Marry a Kardashian. You know, the usual.

Tim Kile's musical history is something that is sure to turn heads, however, putting aside his contributions to Arcade Fire and Wild Light, Kile is at the beginnings of a glistening solo career.

Look out for his debut EP 'These Are Things Being Gathered for the Fire' this spring and delve into his singles to date here!