Our favourite album of 2020 is finally revealed! Marsicans bring the feel-good with their sensational indie-pop debut Ursa Major!

Marsicans have been on the UK indie music scene for a long, long time. Their debut EP Chivalry can be traced all the way back to September 2014 and there's been plenty of singles released along the way.

Relentlessly touring and constantly building an extensive back catalogue of indie bangers, Marsicans, who take their name from an Italian brown bear, have a gathered a loyal fan base who have been eagerly anticipating their debut album for some time.

In fact, with stories of fans meeting the bands request for large sums of rocket and Wispa Gold bars, they have been made to wait somewhat longer than they deserved. 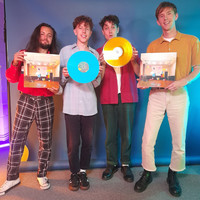 Marsicans debut, Ursa Major, an album title playing on their band name with Ursa Major being the 'Great Bear' constellation, was released August 14th through Killing Moon Records and narrowly missed out on the UK Top 40 coming in at 49; don't worry, you're number one to us, boys.

Beginning with a twenty-six second intro, the album bursts into life with unashamedly pop-rock single 'Juliet'. As Newbigging states, the tune is about "telling [myself] to stop being so stupid, and to not dwell on matters that are out of [my] control". With it's uplifting message and sun-soaked sound, it's the perfect introduction to anyone who has not heard the band before, capturing the spirit of their live performances whilst delivering their signature sing-along choruses.

The band take it down a level with the next two tracks; 'Sleep Start' has a more melancholic vibe but they manage to maintain their euphoric chorus and encouraging message. 'Dr. Jekyll' is more of a slow builder, something fans are not used to hearing too often from Marsicans, but still manages to explode at a canter.

Summery In Angus is another of the albums singles, it's another up-beat indie rock tune that debates the two sides of ones personality. 'Evie' holds more emotional resonance and is notably less explosive, yet the band still hold their tuneful lyricism throughout.

Someone Else's Touch closes out side A of the record and carries the emotion through from the previous track. Bassist Brander describes it as a song that is a "marker of [our] perseverance as a band" and listening to the harmonious vocals and subtle instrumentals it's hard not to be impressed with the tracks elegance and grace.

The band have described the album as "A big night out", starting out optimistic before taking a slight dip which they compare to being "outside having a really meaningful conversation", before reigniting for a second wave.

The B-side follows the same blueprint as it's opposite, with confident positivity in full flow on tracks like 'Can I Stay Here Forever (Pt. II)' paired with raw emotion in 'Blood In My Eye'.

The wait was long for Marsicans debut album, but it was 100% worth it. They have thoroughly reinforced their position as one of the UK's sharpest indie acts, brimming with good vibes and potent riffs, but more so, they have illustrated their ability to take their sound to different levels and demonstrated their capacity to grow and expand into different entities as long as they exist.

Here is a re-cap of our Top Ten Albums of 2020- go back and read through the articles to find out more about the artists and listen to their music!

9. The Magic Gang - Death of the Party

3. Vistas - Everything Changes in the End 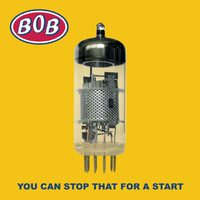